The Order convenes for a new campaign, set in the world of Modiphius Games' Achtung! Cthulhu.

Character creation precedes the start of the scenario proper... 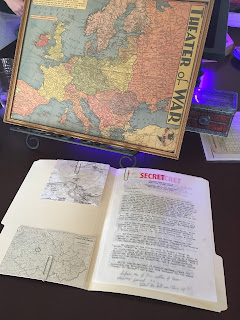 It is July, 1939, and a covert mission to occupied Bohemia brings together a startling variety of characters to investigate the mystery of Karlstein Castle and make contact with the resistance group known as the "Three Kings".