The Esoteric Order celebrates its three-year anniversary with a full crew and lots of Japanese sour candies, wasabi-coated edamame beans, tea, and a heart-warming session of Ryuutama, the "natural fantasy RPG." 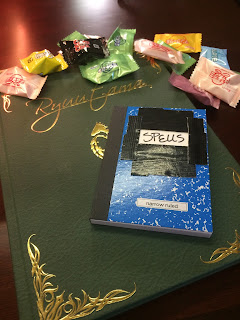 Tonight's episode is brought to you by Nobel Super Sour Candy and Kasugai Gummy Candies.

The meat grinder of the Russo-German war wears on, claiming many more victims--some natural-born Soviet airwomen among them.

Our natural-born Soviet airwomen this session include:

Picking up right where we left off - with Aaron naked in a hot tub filled with horse blood - we explore more of the world of the Kindred in Los Angeles as Aaron begins to understand just how many sharks he is swimming with.