The Vampire Duet campaign kicks off in earnest as Aaron comes to grips with his new condition and gets his first taste of the depths and intricacies of Kindred society and politics. 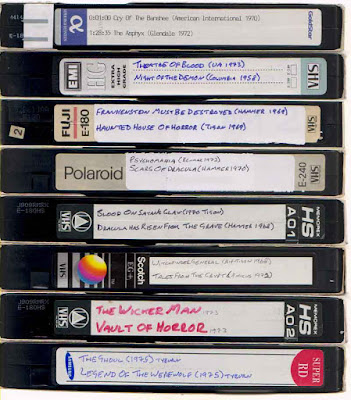 In this, the first of the Esoteric Order's semi-regular "Duet" series, David L. and Desiree sit down for a game of Vampire: the Masquerade. Follow the Prelude of poor, doomed Aaron Evans, aspiring actor and soon-to-be bloodsucker, as he gives up the life of a Kansas farmboy for the bright lights of the big city.

We kick off our group's "winter phase" of one-shots and mini-campaigns with Jason Morningstar's Night Witches. This Powered by the Apocalypse game follows the lives of the brave women who flew in the Red Army Air Force's 588th Night Bomber Regiment during World War II. There is no set Game Master (that duty can rotate between or even during sessions), but for this introductory scenario, the usual suspect took the GM's helm.

Our other natural-born Soviet airwomen this session include:

The Order reconvenes to discuss its thoughts and impressions regarding their run of the Great Pendragon Campaign: lessons learned, roads not taken, favorite moments and characters, and so on.

As mentioned in the recording, further listener questions are more than welcome! Please leave them in the comment section. 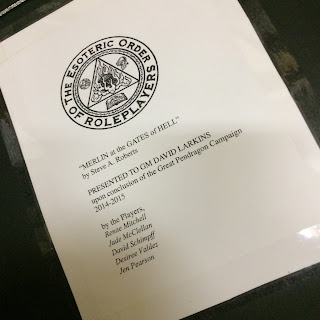 The campaign's wiki can be found here.

The thrilling conclusion of the Trail of Cthulhu scenario "The Big Hoodoo". Can Phil Dick, Ginny Heinlein, and Tony Boucher unravel the mystery of the Psychohistory Institute and the machinations of its shadowy leader?

[Trail of Cthulhu] The Big Hoodoo (Part I)

It's that time of year again - time to return to some horror gaming, courtesy this session of "The Big Hoodoo" for Trail of Cthulhu.

The Order take on the personae of real-life folks active in the science-fiction scene of the 1950s, investigating the death of rocket scientist, occultist, and sci-fi fan Jack Parsons in June of 1952.