Under the guidance of Alexander, Viscount Towton, MI6 launches a new secretive division, Section M. And with the threat of war looming ever closer on a daily basis, two new recruits are dispatched to Vienna to retrieve a couple of assets, veterans of Operation THREE KINGS... 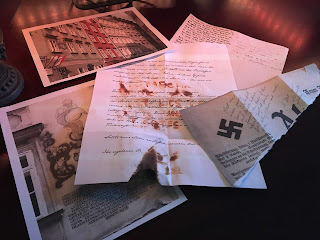